The pilot on Halifax BB378 and Table Jam 18 was 31-year-old Arthur Clement Bartter (with nickname Peter). 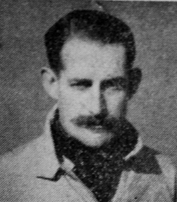 Bartter and his crew flew five successful S.O.E operations for 138 Squadron in September and November 1943. Prior to their last flight to Denmark in December 1943 the crew flew operations in France and Yugoslavia.

After the evasion from Denmark to Sweden and back to the UK Peter Bartter was employed at S.O.E.’s Special Training School (S.T.S. 40) in Howbury Hall near Waterend in Bedford.

The school was specialized in the use of radio navigation equipment as EUREKA, REBECCA and S-Phone, which was used in many S.O.E.-operations. Peter Bartter left Royal Air Force July 12, 1945.

In the decades after WW2 Peter Bartter visited Denmark several times thanking the local people and resistance workers who helped him and two other crewmembers with the evasion to Sweden. 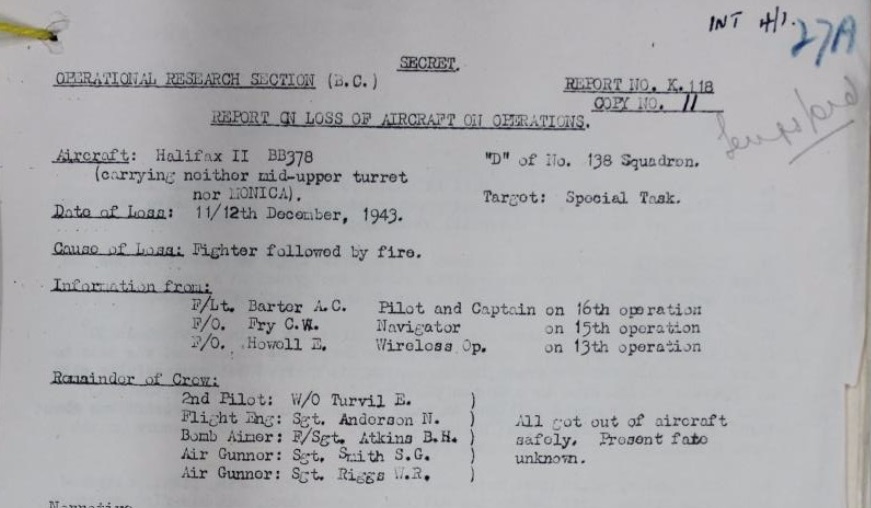 If you have information about A. C. Bartter (nickname Peter Bartter) please contact us here.