The Bartter crew flew two times to Yugoslavia from the base Proville II in Tunesia  on Oct. 3rd and Oct. 4 1943. The first flight was not completed  and the crew flew again to the same target the following night.

The codename for this S.O.E-operation was Geisha 1. 12 containers, 9 packages and 4 agents were dropped by parachute. 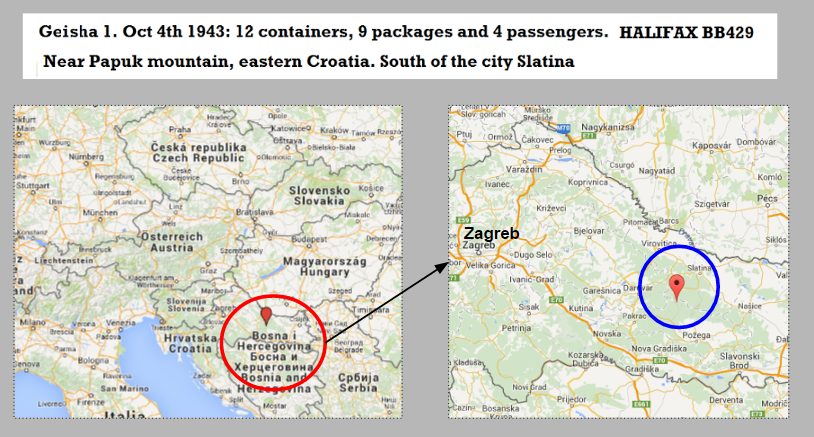 Video from the drop zone area.