Holbæk Museum have since 2015 had a nice painting of the Halifax BB378 aircraft in their exhibition about WW2.

A reproduction of the painting can also be found  at the Royal Air Force Club in London. Recently a little plaque was added in the club to tell the story of the aircraft. 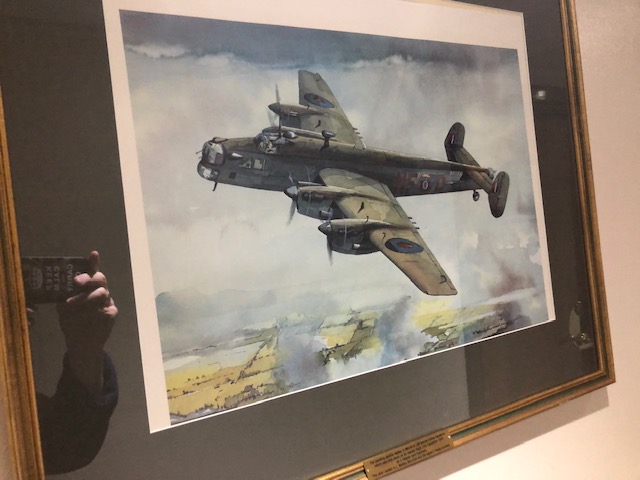 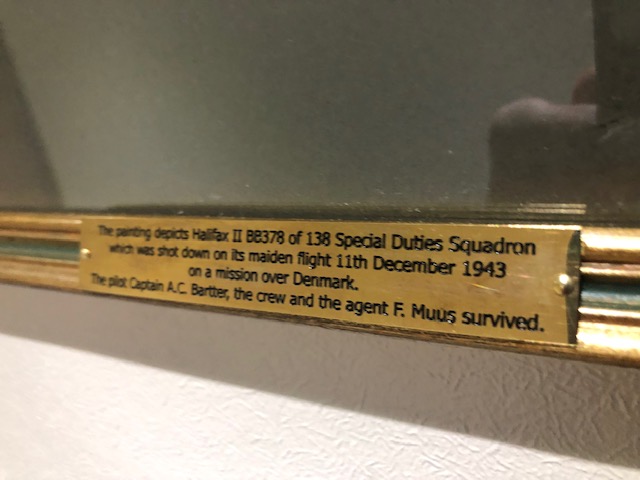 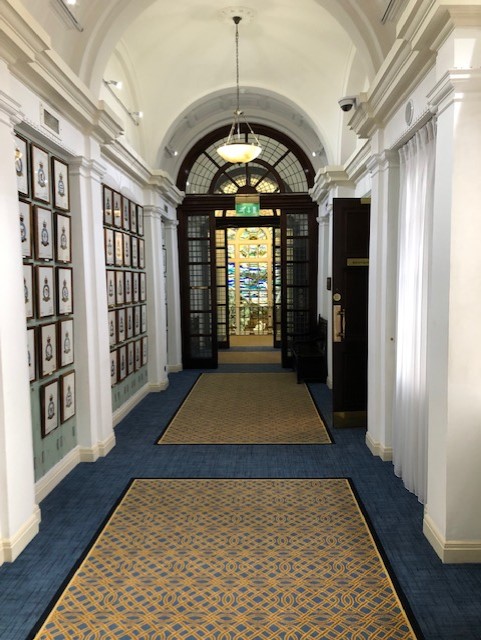 April 25th 2019 was a major milestone for the Halifax BB378 project. Researcher Jan Christensen had recently tracked flight engineer Nicholas Andersons 3 children with help of Shropshire Family History Society in UK. Pauline and John are living in UK and Beverley is living in Canada. We all met in Denmark about one week after the contact was established!

Nick Anderson was in a group of five crew members which was caught by the Germans a few days atter the crash. He remained in a prisaner of war camp until April 1945 when he managed to escape and join an American group of soldiers.

Karen Munk Nielsen and Gudrun Lund showed everyone around the museum in Holbæk which included the exhibition about Halifax 88378, the local resistance and WW2. The Anderson family had brought many documents and photos with them, and a close contact to the museum and the research group has now been established.

Pauline, Beverley and John also received a piece of their father’s aircraft found during metal detection at the crash area in 2015.

Read more about the exhibition here. 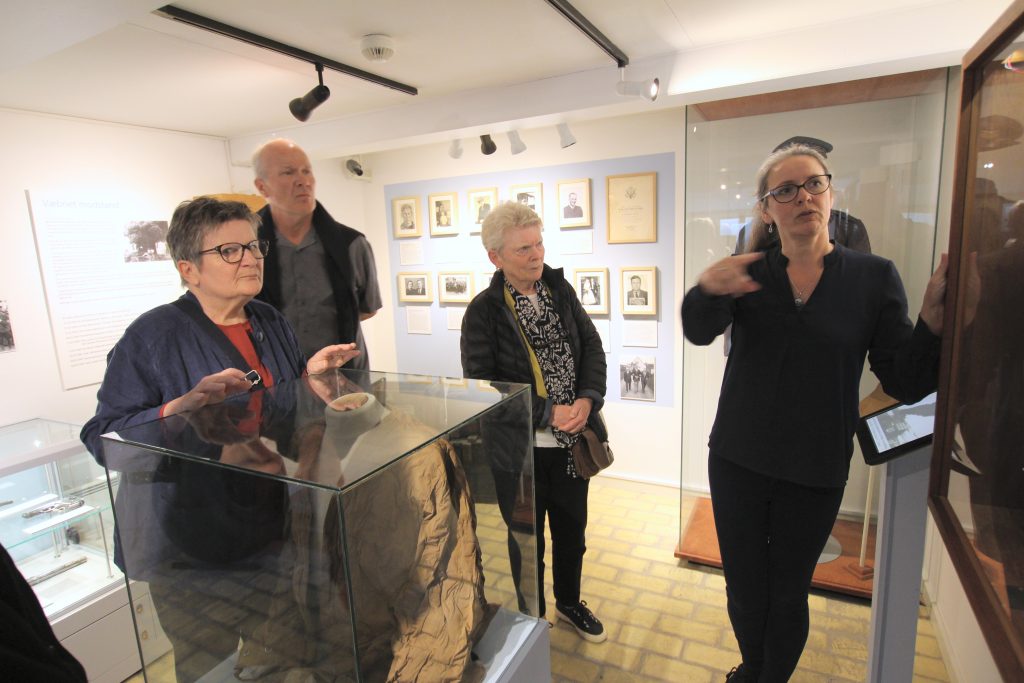 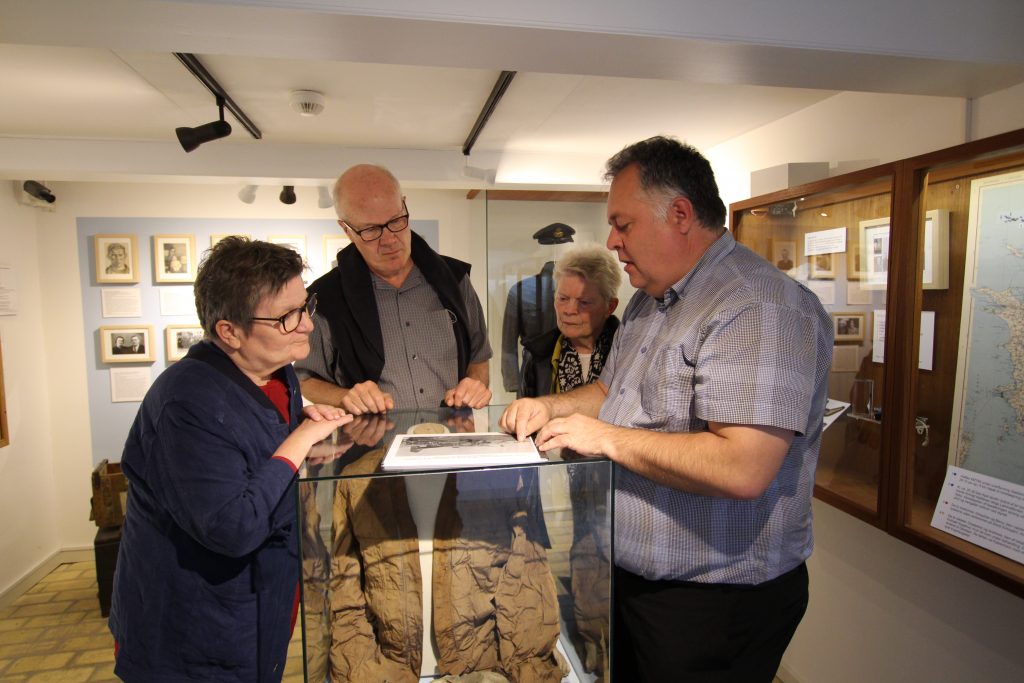 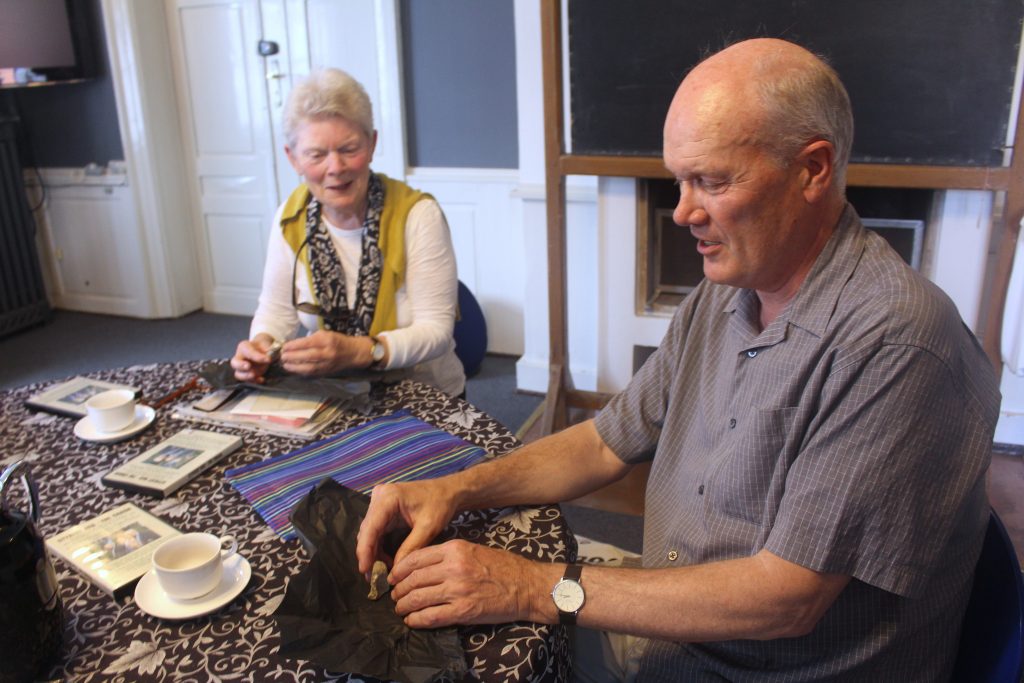 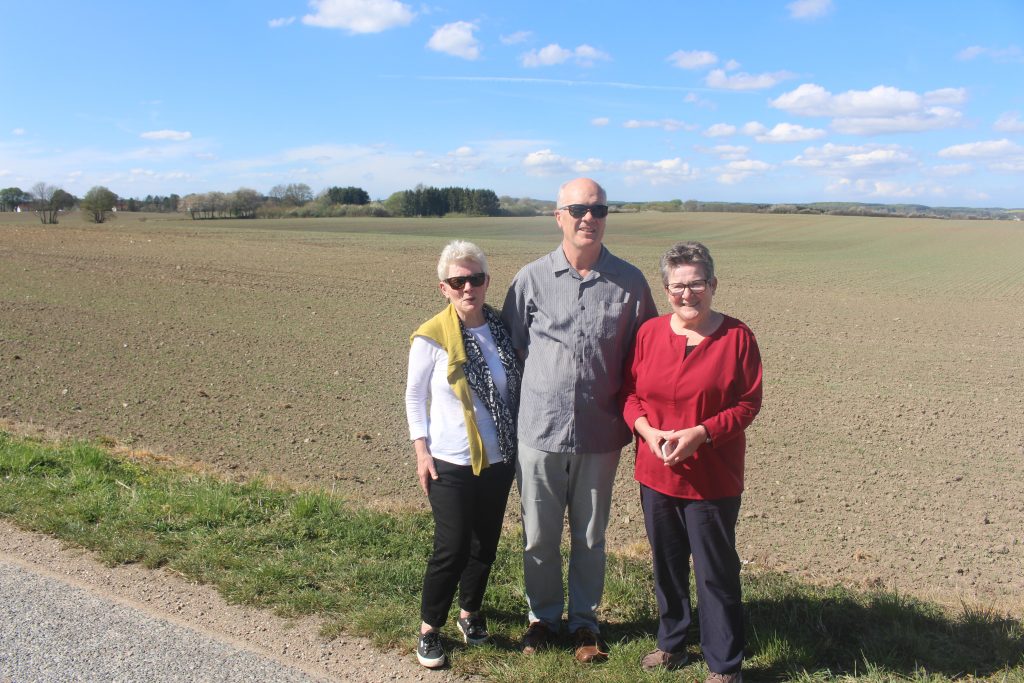