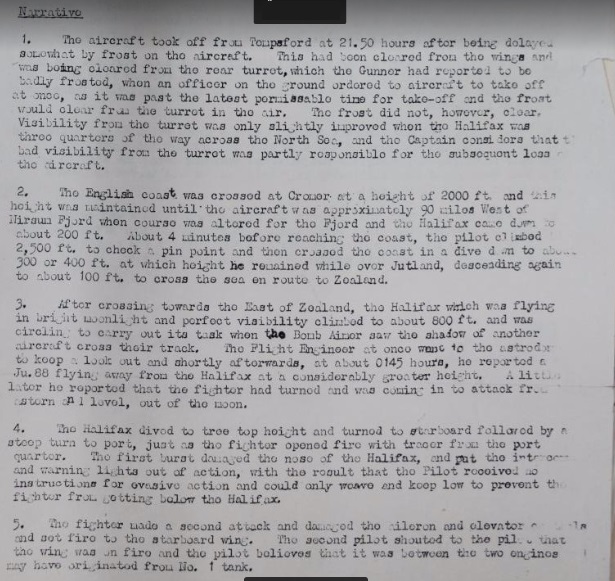 Bartter, Fry and Howell had the necessary luck and evaded to Sweden with help from local people and the danish resistance movement. 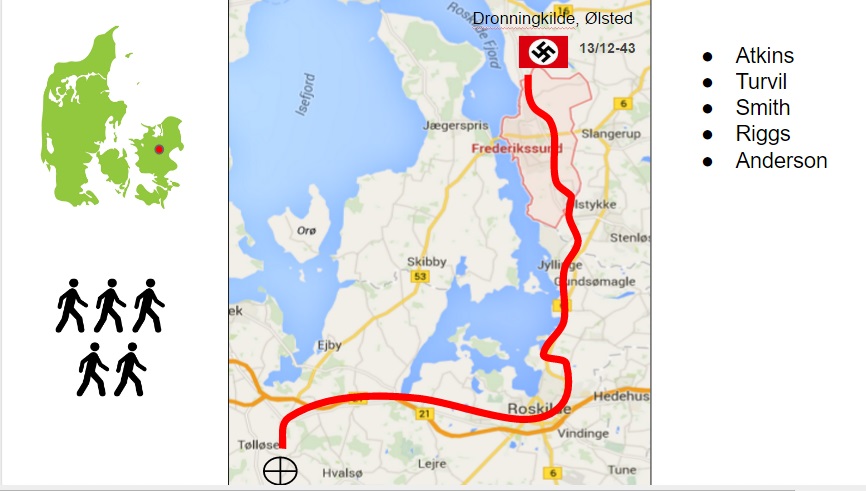 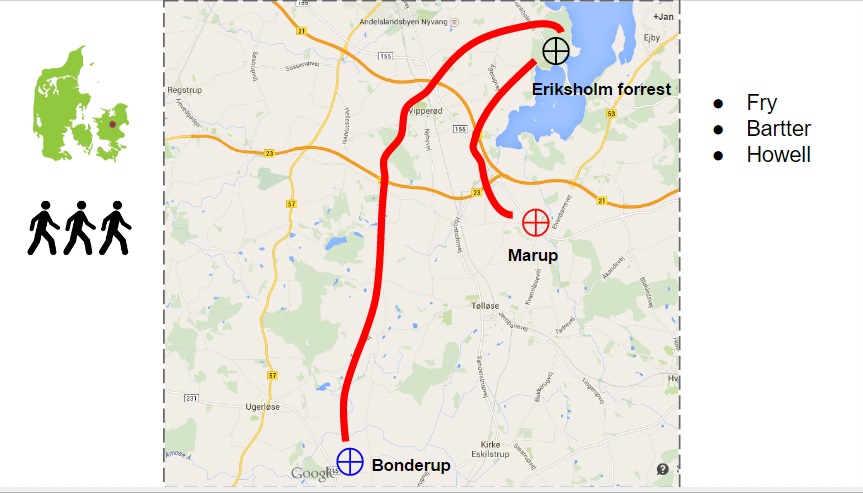 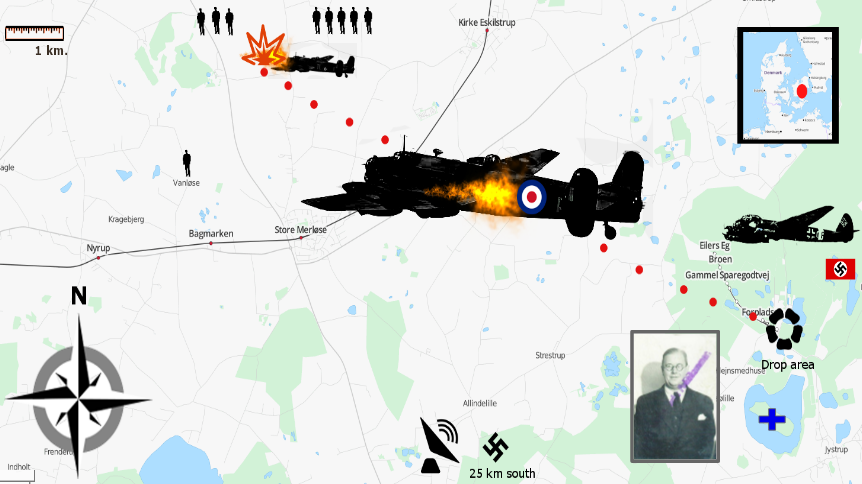 When these officers reached the village Marup they got help from danes the met on their way. They also arranged that the airmen were connected with the danish resistance movement.

The officers were by the taken to Roskilde and Copenhagen hidden in an ambulance and then sent by boat to Malmø, Sweden.

The crewmembers Smith, Atkins, Andersson, Fry and Turvil from Halifax BB378 were caught by the germans on December 13th 1943.

The were transported by the germans to Høvelte Kaserne (barracks) outside Copenhagen and later to Stalag 4B Camp in Germany where they became prisoners of war in 16 months. All five survived the stay in the camp.

Stalag IV-B was one of the largest prisoner-of-war camps in Germany during World War II. Stalag is an abbreviation of the German Stammlager (“Main Camp”). It was located north of Dresden.

When the Soviet Army arrived at the camp in April 1945, there were about 30,000 crowded into the facilities, of these 7,250 were British.

Many of the prisoners were sent to other Stalags or for work in labour commands in the near or wider vicinity of the camp. Due to the bad conditions and maltreatment by the guards about 3,000 died in Stalag IVB.

The Soviet Union did not sign the Geneva Convention, as a consequence the Germans did not allow to support Soviet POWs by Red Cross parcels, in contrast to the treatment of prisoners from other countries.

All POW´s relied on the Red Cross parcels to survive. It was a days work just trying to get every fed, fit and clean.