During much of World War II, Denmark was occupied by Nazi Germany. The occupation began on April 9th 1940. Contrary to the situation in other countries under German occupation, most Danish institutions continued to function relatively normally until 1943.

In 1941 S.O.E. completed only two operations to Denmark. The agents Sneum and Christophersen were dropped on Operation Columbus / Esmond near Brorfelde (Holbæk area) Sept 11th 1941. On Dec. 27-28th 1941 the two agents Bruhn and Hammer were dropped near Haslev on Operation Chillblain.

In 1942 3 operations were completed by S.O.E. in Denmark. The agents Rottbøll, Johannesen and Mikkelsen were dropped April 16-17th 1943 near Jyderup on Operation Table Top.

The third operation was on October 18-19/10 1942 where the agent Hammer was dropped in the sea near Tisvilde on Operation Table Jam A.

In 1943 the agents Geisler, Larsen, Larsen and Christiansen were dropped on Operation Table Mat / Table Manners near Furesøen Feb 16th. The agent and new chief organiser Flemming B. Muus was then dropped on operation Table Gossip / Table Top on March 11th 1943.

After March 1943 several airdrops with agents and weapons took place in Jutland. From August 10th 1943 the airdrops also began on the Zealand Island. After march1943 the sabotage activities increased heavily in the following months.

A list made by chieforganiser Flemming B. Muus of 35 important industrial sabotage in Denmark between april and november 1943.  Source: National Archives, UK 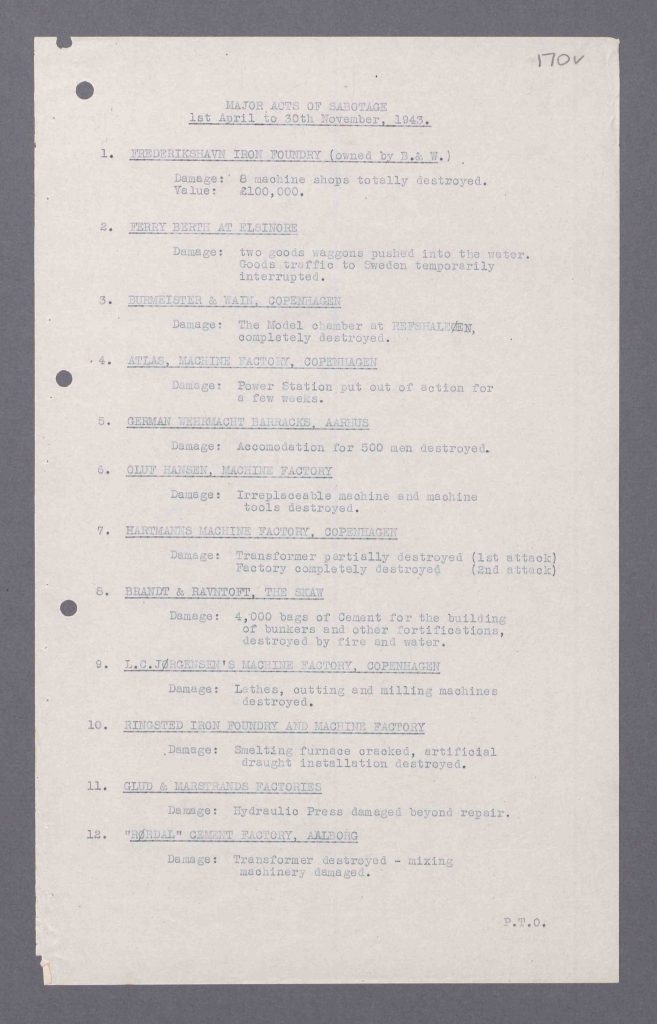 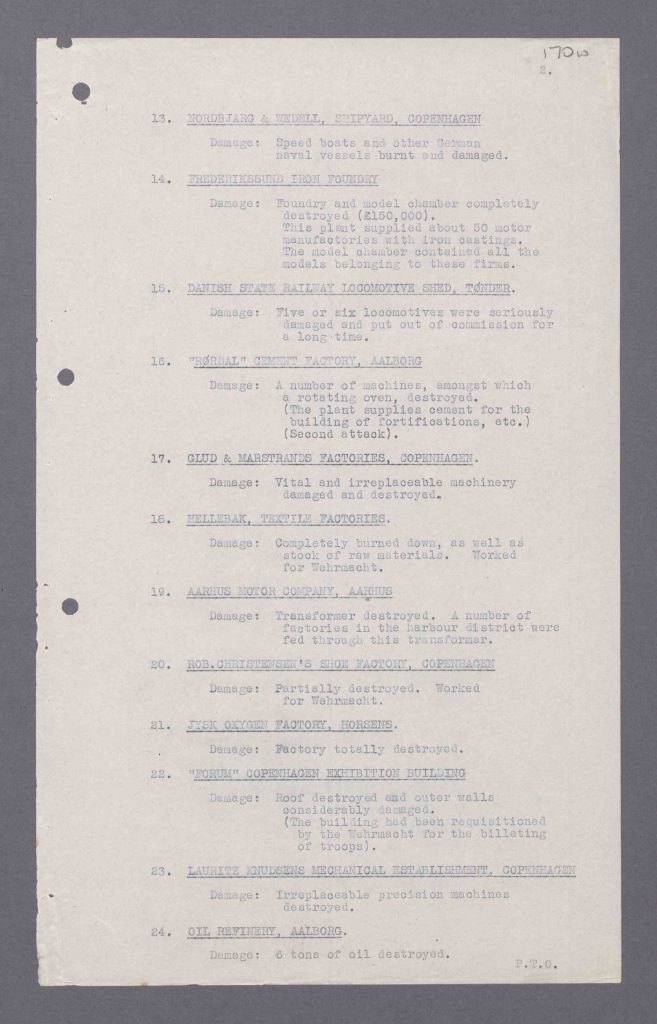 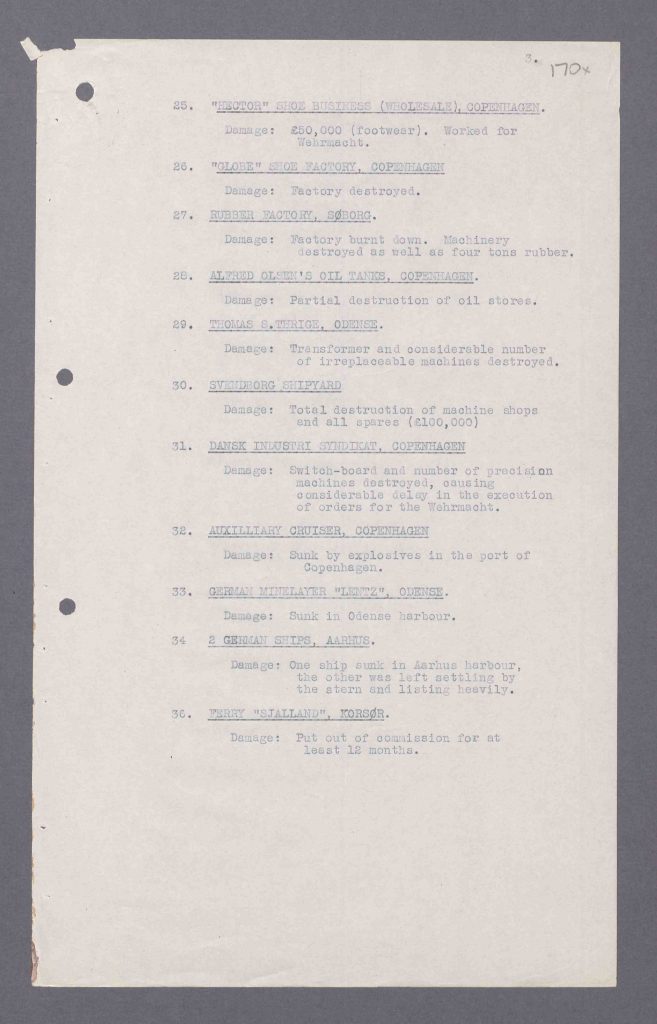